by Eric Yaverbaum, CEO of Ericho Communications and author of “Leadership Secrets of the World’s Most Successful CEOS“.

Taxes aren’t fun to pay. There, I said it.

Tens of thousands of dollars of your hard-earned money, the end result of your work, your strife, your sleepless nights and stress headaches and endless meetings that take longer than they should, don’t make it to your pocket by a matter of law, a debt we owe before we earn a dime. Taxes suck, but they aren’t bad, any more than chemotherapy is bad because it sucks. They are how our community takes care of itself.

Taxes pay for road construction and repair, and by extension all interstate commerce. Taxes pay for firefighters. Taxes fund our public schools, which were once the envy of the world. Taxes pay health inspectors to make sure meat-packing plants and your local McDonald’s provide food that’s safe to eat. Taxes keep your water clean, your libraries open, your Medicare funded. They are, at the absolute, rock-solid core, a visible acknowledgment that we are not alone, and that nobody makes it by themselves.

That’s what’s so frustrating about how we treat taxation in the United States. There’s a sort of reflexive aversion that never seems to be able to connect what we pay to what we get. Which is absurd! We cut taxes, but we don’t spend less; the military eats up half of the Federal budget, a share that has only grown these past few years, and we’re paying off twenty-six trillion dollars in national debt. But still the tax cuts come, and we’re forced to borrow more and more and more money. In business terms, the United States is wildly overleveraged, while insisting on cutting its revenue. And then we wonder why our bridges keep collapsing and why fires burn out of control or why our students fall further behind while our teachers are forced to cover essential supplies out of their own paychecks. We wonder why our veterans are so prone to homelessness and suicide. We wonder why our hospitals can’t handle pandemic overflow. We just sit back and wonder.

I don’t know how else to explain that a community is a joint venture, and we all have obligations towards each other. Taxes are how we make sure everyone has access to the things they need to live. But for forty years, we’ve watched as the wealthy built a tax code in their own favor, while the US went on racking up debt. We’ve cut taxes based on the argument that doing so gives the job creators more money to create more jobs, only to see wages stagnate since 1980 while the economy exploded. The rich got richer, but everyone else just had to make do. All of the economic growth of the country from Ronald Reagan to the present day – all of it – has accrued at the top, and none of it has trickled down. It’s like saying the best way to help people who live off table scraps is to serve larger meals in the hopes that diners will create more scraps instead of just making sure everyone gets served. This isn’t sustainable. It is, in fact, collapsing all around us.

All of our aspirations to greatness must come, ultimately, down to what we are willing to pay for. Freedom, the old adage goes, isn’t free; neither is anything else. Our roads cannot build themselves. Our teachers cannot pay themselves. Our firefighters cannot buy their own fire engines, nor our military their own munitions, arms, medical supplies, or transportation. All of these things come out of the public fund, for the public good.

Taxes aren’t a con. They aren’t a trick. You aren’t a fool for paying them. You are a patriot, because you understand that the United States isn’t a collection of atomized sovereign citizens each pursuing naked self-interest in a condition of armed neutrality, but a community of families, friends, neighbors, small businesses, schools, and more that depend on each other for common support. By paying your taxes, you acknowledge that there is something we owe to each other, and by extension to our country. That is the very essence of patriotism; not nationalist bluster and braggadocio or appeals to our vanity-plate exceptionalism, but standing shoulder-to-shoulder (at safe distances, of course) instead of knife-to-knife.

Ben Franklin, on the eve of declaring a revolution whose most potent icon featured the words “join or die” under a dismembered snake, said it best.

“We must hang together, or we will surely hang separately.” 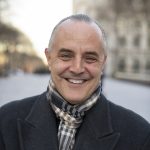 Eric Yaverbaum, CEO of Ericho Communications, is a communications, media, and public relations expert with over 35-years in the industry, having co-founded Jericho Communications and served as President from 1985 until its successful merger in 2006 with LIME Public Relations & Promotions. Eric is also a bestselling author who literally wrote the book on public relations – the industry-standard bestseller PR for Dummies – as well as six other titles including “Leadership Secrets of the World’s Most Successful CEOS“.

Electric vehicle stocks recover, but the road may not end well

Last time we checked in with the electric vehicle sector at Data Sheet—about two years, sorry, two months, no, checks web archive, two weeks ago— things were not good. The crowd of revenue-free startups planning to produce EVs down the road, like Fisker, Hyliion, and Lordstown, were plunging amid a growing aversion to risky stocks […]

This is the web version of Eye on A.I., Fortune’s weekly newsletter covering artificial intelligence and business. To get it delivered weekly to your in-box, sign up here. The journalist Malcolm Gladwell, on his podcast, “Revisionist History,” devoted a recent episode to his theory of “hiring nihilism.” It is Gladwell’s belief that people are so bad at predicting […]

Our mission to help you navigate the new normal is fueled by subscribers. To enjoy unlimited access to our journalism, subscribe today. Curious about what some of the most influential young minds in the media and entertainment industries read for inspiration? Here is a selection of book recommendations from the 40 under 40 in media and […]